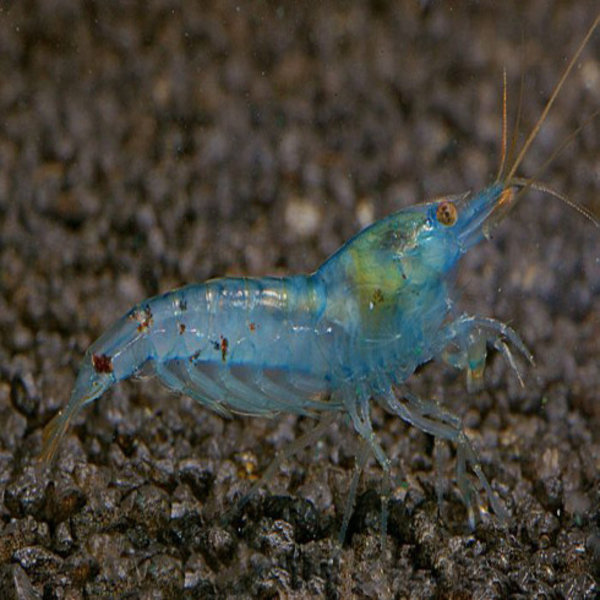 The Blue Pearl Shrimp is one of the newer, fresh water aquarium shrimp to the Shrimp hobby. This blue color variant of the Neocaridina cf. zhangjiajiensis was originally bred in Germany and has quickly made its way to the American hobby. The Blue Pearl Shrimp was the first true breeding blue Shrimp.

Being an omnivore Blue Pearl Shrimp will eat just about any food found in an aquarium. They are algae eaters in small amounts, so they make a great addition for aquarium algae control. However, they will often times require additional feeding. Most foods intended for bottom feeders or aquatic invertebrates make great foods for Blue Pearl Shrimp.

The Blue Pearl Shrimp is very easy to breed in the home aquarium. As long as there is a male shrimp and a female shrimp in a well established, well maintained aquarium they will breed. Blue Pearl Shrimp are high order shrimp so the shrimp hatch as miniature versions of the adult. For a more detailed description of breeding