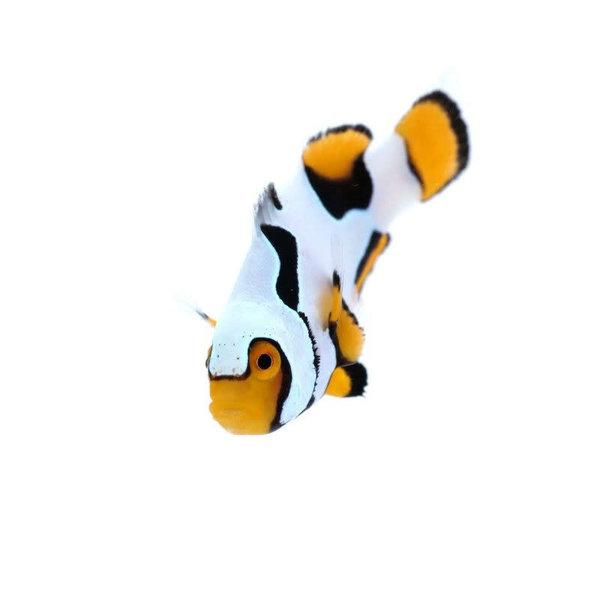 An orange-colored clownfish with three white stripes. Black margins are found on the edges of all fins and the borders of the white stripes. Extreme Picassos have enough exaggerated white barring so the first, second, and third bars are merged on both sides of the fish with a "helmet" marking on the head. Extreme Picassos are all individual, no two will have the same markings.