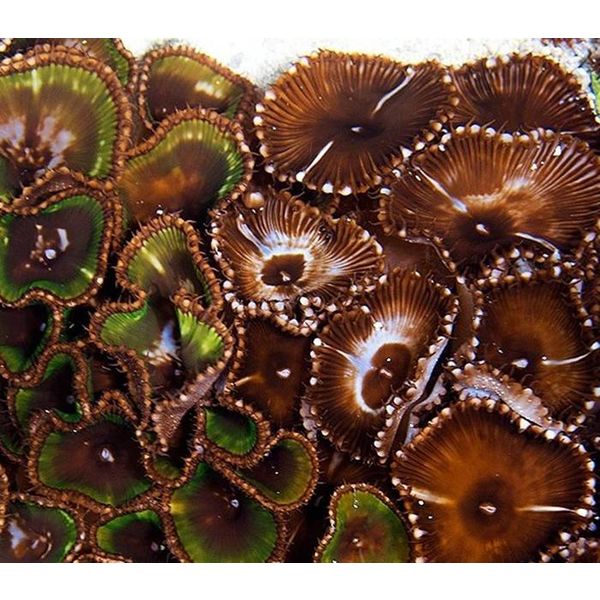 Palythoa grandis is also known among aquarists as the Giant Zoanthid, Sun Zoanthid, or Cinnamon Polyp. Each individual polyps grows to about 1.5 inches across and can form colonies across the surface of the aquarium. Unlike other polyps, this species does not spread quickly and will not form a large, obstructive mass.

Palythoa polyps depend heavily on lighting and the zooxanthellate algae found in the polyps. While they will tolerate lower light, they will thrive if kept under higher light. They can also be target-fed occasionally with foods like brine shrimp or finely chopped mysis, clam, shrimp or other meaty foods.

Palythoa polyps can spread quickly over surfaces and may even overgrow other corals. They should be places in areas with plenty of room to spread where they will not endanger other corals in the aquarium. They should also have moderate to high flow.