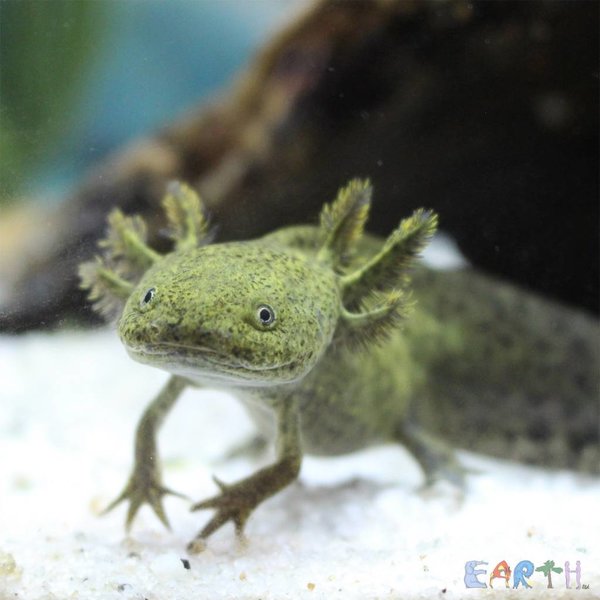 Ambystoma mexicanum, or more commonly known as the Axolotl or Mexican Walking Fish - is actually not a fish at all - rather an amphibian (salamander to be specific). Axolotls are part of the order Caudata/Urodela. They originate from the bottoms of two lakes in Mexico, but don’t be fooled - the lake was fed from a large glacier and remained cool throughout the seasons. Thus, axolotls require cooler water temperatures than most would believe. Axolotls have since been deemed an endangered species in the wild, and are now bred and thrive in captivity. The Axolotl’s life cycle is a rare phenomenon as they live their entire lives in the larval stage, yet still, manage to breed. “It is believed that they have evolved to be this way due to low levels of iodine in their native waters. Experiments have been done and Axolotls will metamorphose when exposed to iodine, and they develop into salamanders that look similar to the closely related Tiger Salamander.

Axolotls have excellent regenerative abilities and can regrow limbs, tails and even heart and brain cells at an outstanding rate.

Review by Tyrel DeOrla, Posted on 20-02-2020, 5 Stars.
I have had my Axolotyl for a few months and i may be overfeeding because he is huge. Lovely creature.

5 stars based on 1 reviews