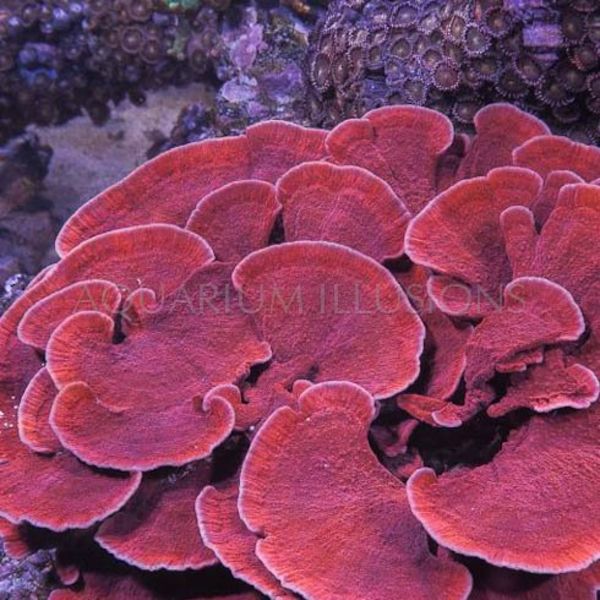 The Montipora Coral, Plating is a small polyp stony (SPS) coral often referred to as a Vase Coral. Montipora Corals come in a vast variety of forms and colors. M. capricornis is shaped like a vase; M. digitata is generally a branching species; M. stellatahas rough, irregular, upright plates. Other species are encrusting. This form of Montipora is plating and will add diversity to your reef aquarium.

TheMontipora Coral, Plating is peaceful and can be placed in close proximity to other similar peaceful corals in the reef aquarium. It is moderately difficult to maintain and should be housed in a mature reef aquarium. It will require medium lighting combined with a medium water movement within the aquarium. For continued good health, it will also require the addition of calcium, strontium, and other trace elements to the water.

They will thrive in a variety of lighting conditions, ranging from power compacts, VHO, T-5’s up to the more intense metal halides. Alter their position in the aquarium depending on the lighting, and provide at least 3 watts per gallon using one of the lighting systems mentioned above.

It will also benefit from additional food fed weekly in the form of micro-plankton or foods designed for filter feeding invertebrates.

Note: Colors may vary depending upon varieties within species and lighting spectrum. Contact us if you have a color request.