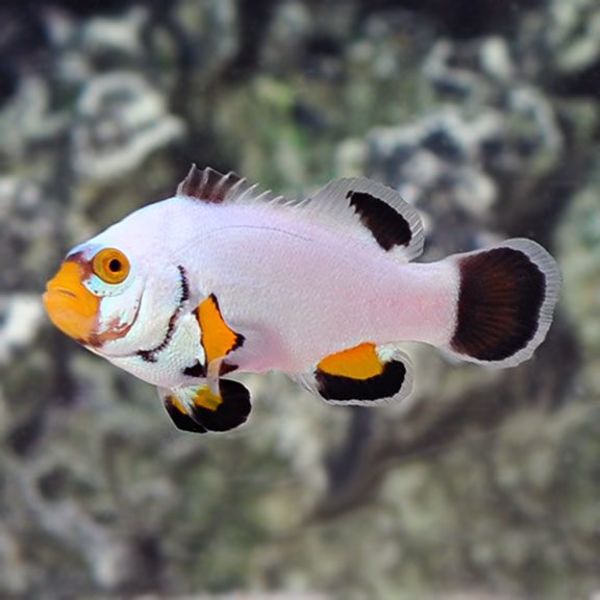 The Platinum Percula is a magnificent white variation of the Percula Clownfish. ORA® developed the Platinum Percula through years of selectively breeding their famous Picasso Clownfish. These striking fish do not exhibit any of the original striping characteristic of the species. Instead, they are typically continuously white from head to tail. As Platinums mature, they will develop beautiful black fins that really stand out against the white body and orange face.

Native to reefs across Oceania, the Indo-Pacific, and off the coast of Australia, the Percula Clownfish is also known as the Clown Anemonefish. In the wild, this member of the Pomacentridae family grows to about 4-1/2 inches; however, captive specimens rarely exceed 3 inches in length. In the home aquarium, the Percula Clownfish requires an aquarium of at least 20 gallons with a fair amount of live rock.