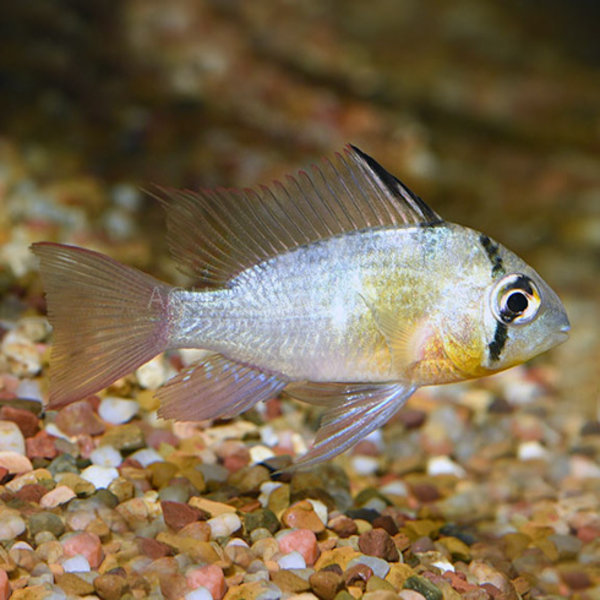 The Red Ram Cichlid is an egg layer that prefers soft to medium hardness, neutral pH and slightly raised water temperatures (77-82°F). Peat should be added to the water. The female will lay up to 200 eggs on stones and occasionally, in depressions. Both the male and female share the rearing of the fry, and it has been reported that they will take them into their mouths to protect them like a mouth brooder. Care should be taken so that the fry are not sucked into the filter.

The Red Ram Cichlid is an omnivore, and will consume a wide variety of foods. Freeze-dried bloodworms and tubifex, flake food, and both frozen and live brine shrimp and worms will make excellent food for these fish.