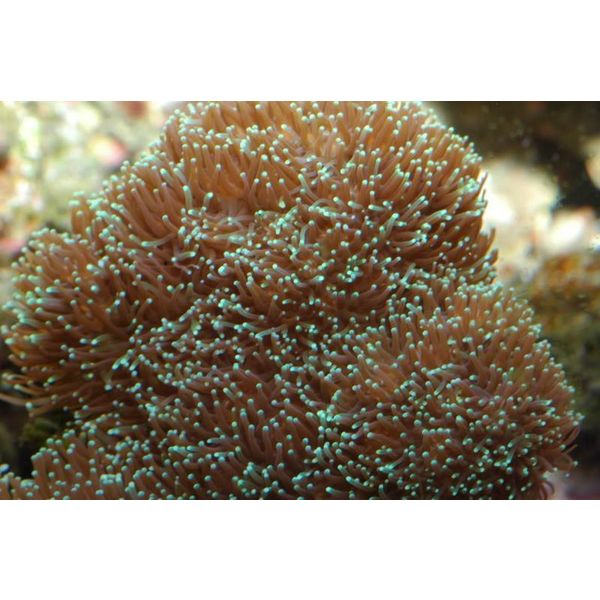 The Galaxy Coral is a large polyp stony (LPS) coral and is also called Tooth, Star, Crystal, Starburst Coral.
It has milky-white polyp tips, and with bright green being the majority color.

It is an aggressive coral requiring space between itself and other corals. Its polyps extend several inches at night and can sting and cause damage to other species of corals in its reach. Requires strong lighting and  moderate water movement.

It requires additional food in the form of micro-plankton or brine shrimp twice a week.