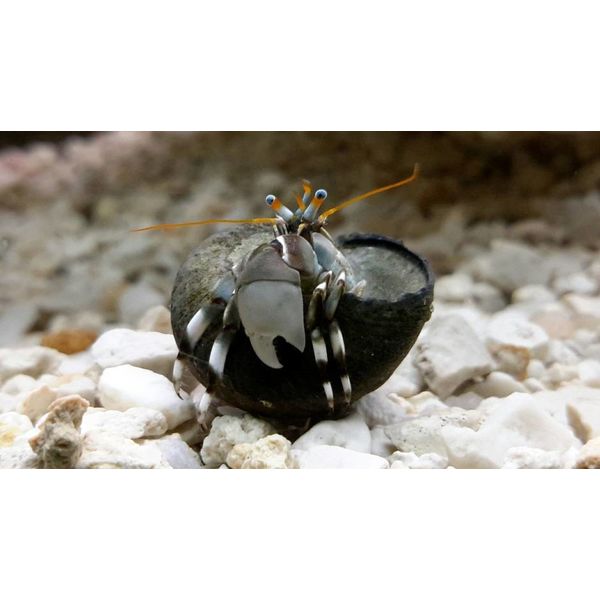 The Zebra Hermit Crab is one of the most popular hermit crabs for the home marine aquarium. It gets its name from its distinct coloration. Calcinus laevimanus is named for its colored pinchers and the white or orange bands that dress its otherwise dark legs. Like other members of the genus Calcinus, the The Zebra Hermit Crab also has long eyestalks. However, this particular crab's eyestalks are a brilliant blue and fades into an orange-tinged upper half.

Since they scavenge for detritus and consume nuisance algae, including red slime algae (cyanobacteria), the Zebra Hermit Crab is a highly desired addition to the home reef aquarium. If there are insufficient algae in the aquarium, their diet should be supplemented with dried seaweed. Like other invertebrates, care needs to be taken with the use of medications. Additionally, strict water parameters must be maintained. Be sure to accommodate their growth by supplying empty shells of various size and shape.