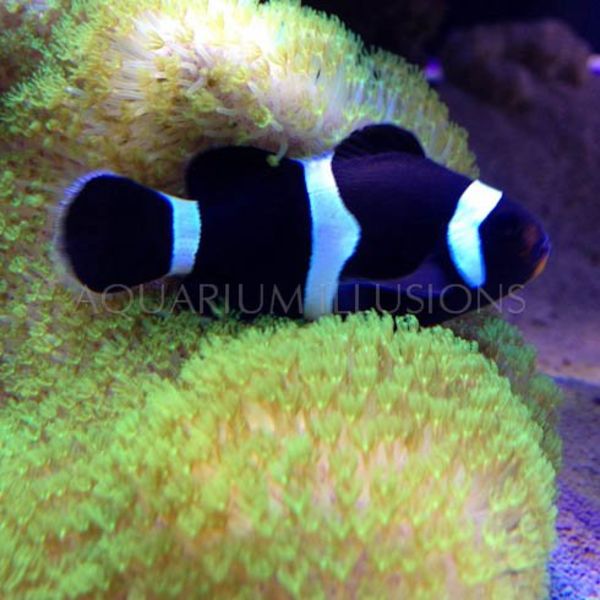 The Black Ocellaris Clownfish, also known as the Black Perc, Black Percula Clown Anemonefish, or Black and White False Percula Clown and is normally found in association with anemones on the reefs of the Coral Sea. It can be found individually, or more commonly, in pairs or small groups within the same anemone such as Heteractis magnifica or Stichodactyla mertensii. These clownfish grow to a maximum size of 3 inches in the aquarium, and may be kept singly or in groups.

The Black Ocellaris Clownfish is a good candidate for a reef aquarium. If introduced to the aquarium at the same time, many varieties of tank raised clowns can be maintained together in the aquarium.

The females will be the largest of the pair, and two fish will usually stay close to each other in the aquarium.

Clownfish are omnivores, requiring both meaty foods as well as some greens in their diet. A high quality marine flake food, rich in spirulina algae, as well as freeze dried and frozen foods are readily accepted